We love a challenge as we compete for the best solutions 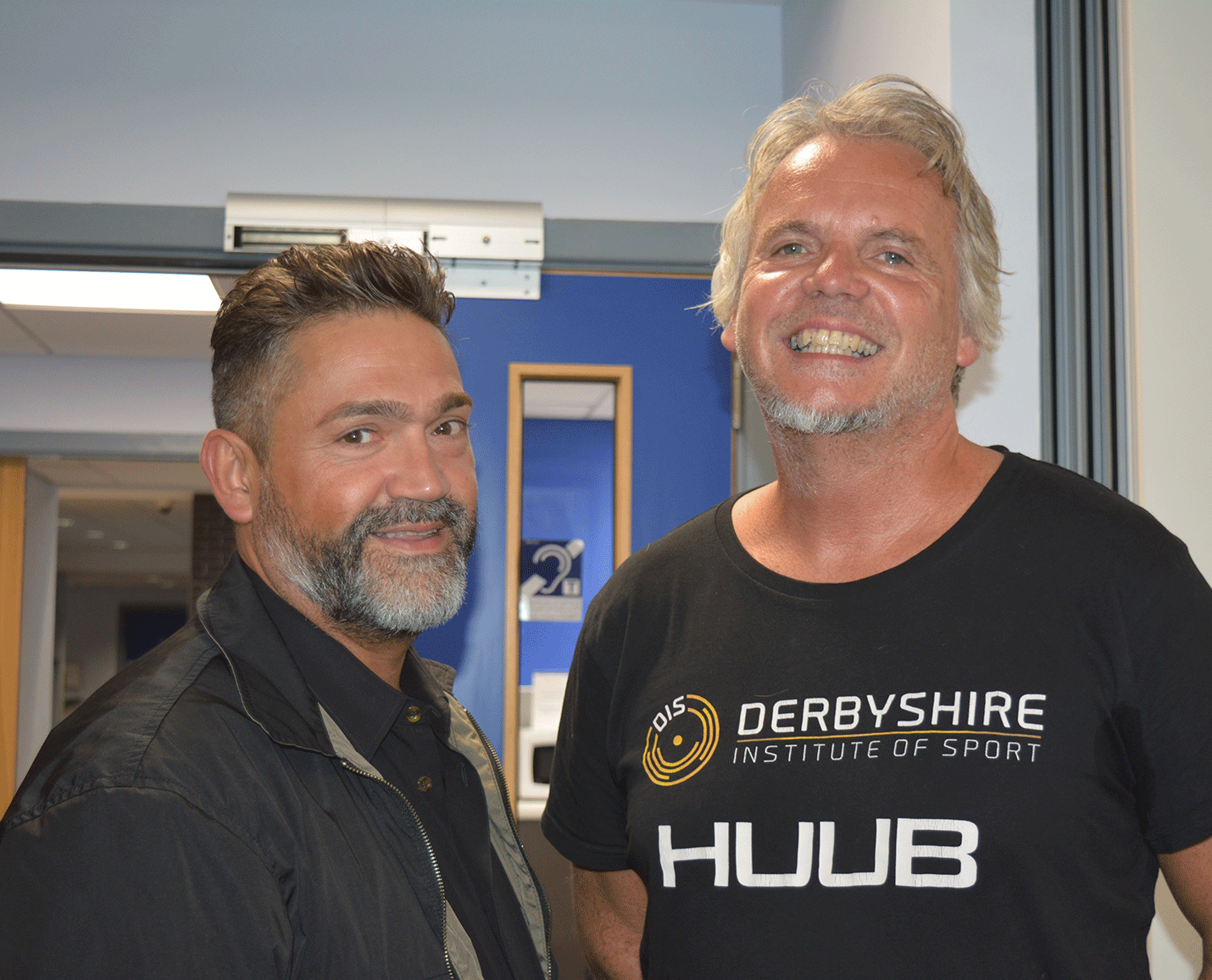 We love a challenge as we compete for the best solutions

We’re a competitive bunch here at Lobina Transport – and we love a challenge.

Every day we come to work fired up to find the best options for our clients when it comes to transport solutions across Europe.

And we’re competitive during our breaks and our time off too…. as you’ll know if you saw our recent Team HuubWattbike challenge on YouTube. Well done to Niko for winning both the six second and the 30 second competitions. Some of our team still believe they only lost because they were wearing the wrong shoes! But then, we believe you either win or you learn – and we learned a lot that day from Will Perrett. Thanks again to this great Huub Wattbike team member for giving up a rare morning off to help us run the challenge.

Next up for us, in a series of fun trials that Derbyshire Institute of Sport are arranging for us as part of our partnership with them, will be a badminton challenge! Subscribe to our YouTube channel at http://bit.ly/LobinaTransportYouTube if you want to find out who wins that.

So, ahead of that, we thought we’d investigate what business can learn from the sport of badminton.

In his own playing career he now admits he didn’t train wisely and consequently his body broke down.

He said: “When it became evident I wasn’t going to fulfil my objectives as a competitor, I really wanted a career in sport and was fascinated by coaching and teaching and sharing and helping others become what they could be.”

Andy co-founded the Derbyshire Institute of Sport with Chloe Maudsley, and said: “Some of the foundation on which we built the DIS programme was to enable athletes to train and prepare wisely and also for the specific demands of their sport, but also get them really fit for purpose so they didn’t fall into the traps that I very clearly did as a wannabe athlete.”

Clarity around roles and responsibilities

Andy honed in on three important factors that help badminton players be the best they can be – and they equally apply to high performance in the business world. They are:

He said: “It’s essential to have clarity around roles and responsibilities and expectations. You get more out of people if they are really engaged and emotionally attached to what you want to achieve. A fun, dynamic, creative environment is vital to success.”

Cycle of feedback, debrief and amendment

He added: “In the constant quest for performance gain, we have to be trying to get better, to train wisely, to push the boundaries in every session. There needs to be a constant cycle of feedback, debrief and amendment. We need to be looking all the time to find out if we are on track to achieve our goals. If not, why not?

“Some of my most valuable work as a coach isn’t what I do on the court, it’s that 15 minute coffee afterwards with the player – did we get what we wanted? If not, why not? What are going to do about it? And then we’ll put it right in the very next session.”

Andy also urged business leaders not to repeat his mistake and push themselves too hard.

“So many people hit the wall still saying, ‘I’m OK’. But, they don’t look after themselves and prioritise their place in the work environment. They just keep going until they hit the wall and break.”

David Hong, is an 18-year-old athlete on the Derbyshire Institute of Sport programme and has already enjoyed success in doubles badminton, winning a silver medal in the U17 European Championships.

He told us how important communications is in doubles badminton: “If you don’t communicate effectively, your partnership is not going to develop as well as other peoples’. It’s really important to have an open approach and be really honest with each other and transparent about what you are both trying to do.

“Nothing is more frustrating than working really hard and seeing your partner’s not putting in the same work. Maybe they are having a bad day and it’s your role, if you want to win, to be there for them, to give them more support and let them know you are in it together. Praise them for their positives. Let them know they are valued.”

Echoing Andy’s comments on the importance of knowing your roles and responsibilities, David said: “You need to know who is covering what – what your most dangerous formation is; your most efficient way of playing. I may be a better rear court player and my partner may be better at the net. We need to know if that’s the most efficient way for us to play and will give us the best results. We need to both know that and work to get in that position. If not, we might come unstuck and not produce our best results.”

David said self-belief and confidence is a huge factor in how successful you become. He said: “Even if you don’t believe you can win, you need your opponent to believe that YOU believe you can win. But you do have to believe in yourself. I have played a lot of games where you think you are out of it. But everyone is human and if you can believe in yourself then it gives you that ability to bounce back every time you fall.”

Bounce back from setbacks

Grace King joined Derbyshire Institute of Sport when she was 12, and a year later she won her first national title. She knows a thing or two about the ability to bounce back from setbacks.

She explained: “In 2015 I was competing at the national championships and I snapped my anterior cruciate ligament (ACL) so I was out for about nine months. It was tough, but I was young and I had a focus in mind. I wanted to get back and I did. I came back playing my first match at a Sky League match, so that was a real special moment for me.”

The anterior cruciate ligament (ACL) is one of the key ligaments that help stabilise your knee joint. It connects your thigh bone (femur) to your shin bone (tibia).

Grace’s problems weren’t over though. “Unfortunately, history repeated itself when I was getting my first senior England Cap in 2018.  I was playing in the quarter finals at the Euro championship and I went down with the other knee and snapped my other ACL… so yes, it was really tough. But I’d already qualified for the Youth Olympics and I’m so grateful for that because that provided the motivation for me throughout my whole second rehab to come back fitter and stronger and strive for bigger and better things regardless of injury.

“I think I had to learn how to not focus on what others were doing and just play my game, my way, to the best of my ability.”

Grace’s next goals are to compete in the senior Europeans and hopefully get picked for the home Commonwealth Games in Birmingham. She is also looking towards the Paris 2024 Olympics, as is David. We wish them all the luck in the world.

You can contact us 24 hours a day for enquiries, support or item tracking. Logistics never sleep – and neither do we.