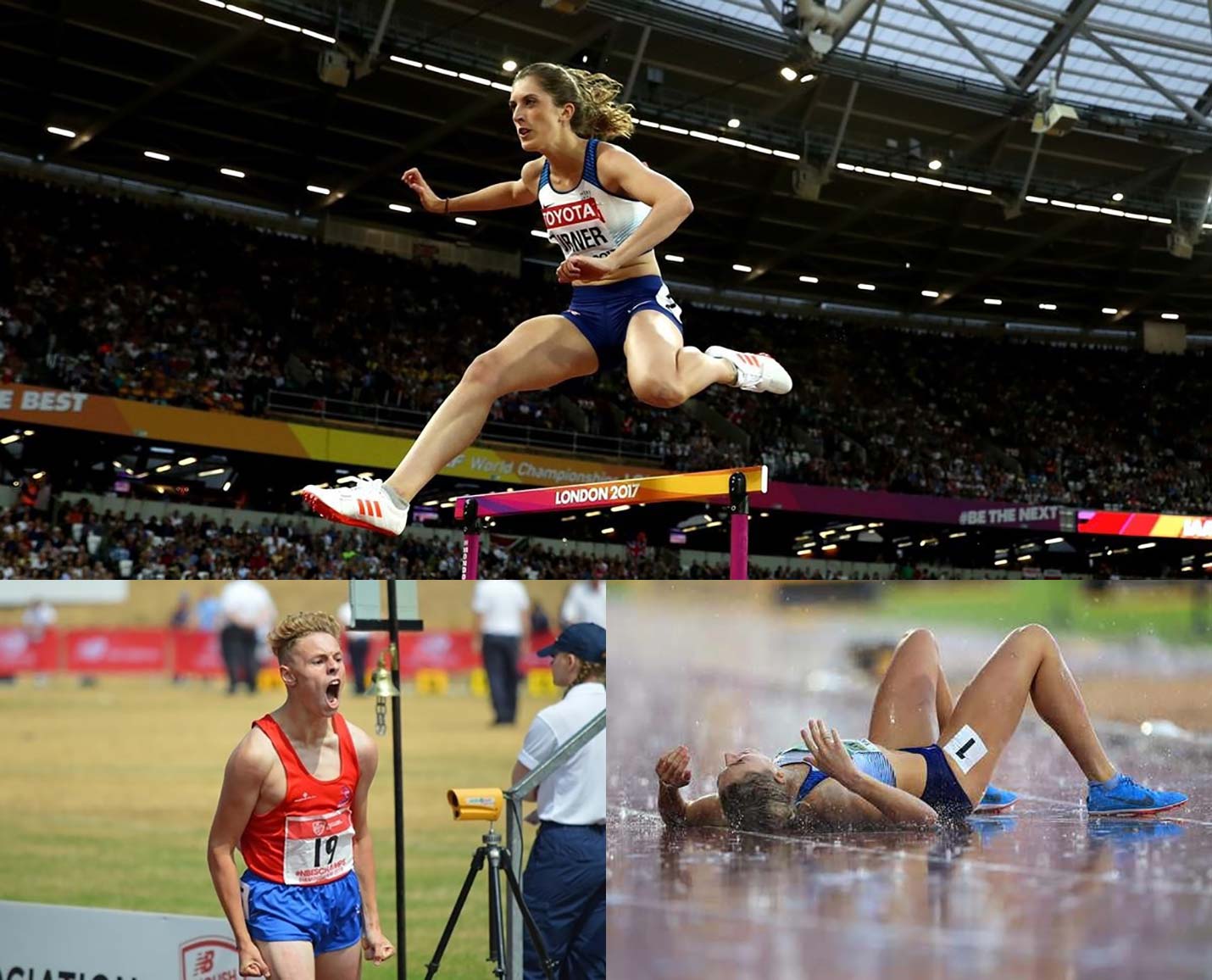 We’re delighted to be a major sponsor of Derbyshire Institute of Sport. We’re going on a journey with their talented young athletes and learning from the team of experts helping these sportsmen and sportswomen to be the best they can be. Today we’re featuring this article written exclusively for us by Dr Phil Clarke, a sports psychologist who works with the DIS and specialises in supporting elite athletes and ultra-endurance athletes to perform under pressure. He looks at why there should be no such thing as failure – in sport or in business.

Sports and athletics are like a shop window because everyone can see the performance and the results.  People working in businesses might not be under the public spotlight in the same way, but they can experience the same emotions of stress, fear and apprehension when they are working on an important task or presentation.

Whether they are dealing with a mental or physical task, or whether they need to solve a problem, they have to go through the same stages as an athlete. They may have to ensure that communication is clear, that everyone in the team knows their roles and that there is consistency and togetherness. The principles involved in performing at a high level in sports and in business are very, very similar.

One of the fundamental differences between individuals in elite sport and in business is that athletes will spend 90% of their time training and 10% of the time competing. In a business setting, almost the exact opposite is usually true – people are expected to perform 90% of the time and have only 10% of the time for training.

Are you winning well?

There are very fine margins in the performance of elite athletes physically, technically and tactically. One of the biggest factors is their mental approach. In the case of the Olympics they could have committed four years of hard work, building up to potentially 10 seconds of performance if they are a 100-metre sprinter.

Here’s a clip from the BBC, made during the 2012 Olympics, looking at the mindset and beliefs of athletes in the dressing rooms before a major performance.

Successful athletes believe there is no such thing as failure. Things that happen in life can be negative or positive. An elite athlete learns every time they win, lose or draw.

A negative experience provides a lot of valuable information that can help a person to learn, develop and prepare for the next opportunity.

The only failure is if you fail to learn something from every experience – even the positive ones.

Are you winning well? If I am number one in the world and I beat the 200th in the world, and not convincingly, should I not be learning from that?  If we only reflect and learn when things go badly we are missing a wealth of opportunities. You should make it a habit that you are learning the whole time.

How we define success is important. Liverpool FC finished second in the Premier League this season, but they finished with 97 points and a brilliant goal difference. Is that really failure?

Here, Jurgen Klopp speaks exclusively to Sky Sports after his Liverpool side finished 2nd in the 2018/19 Premier League.

It is important to understand that you will not always be at your best, but that doesn’t mean you can’t perform with intensity. One thing that athletes adopt is what is called a 100% mindset whereby you bring 100% intensity to every situation. People might assume that this means being 10/10 in every situation, but that’s not the case.

If an elite athlete rates themselves as a 7/10 when they wake up, they focus on being the best seven they can be. If you constantly compare yourself to the best version of yourself, there will be a lot of times that you will feel that you are not at your best, and that can bring on anxiety, apprehension and frustration. The aim of the 100% mindset is to bring the best version of yourself at any time.

Here, members of the GB rowing team share their tips on adopting the winning mentality.

Pressure and stress is part and parcel of performance. Successful athletes see high-pressure situations as a challenge rather than a threat. This releases adrenalin, the ‘fight or flight’ hormone, which opens up your arteries so there is blood, glucose and oxygen going around your body and you are better able to make decisions and react quickly.

If you see something as a threat the body releases cortisol, which constricts the arteries around your heart, meaning there is less oxygen going around the body and you feel as if you want to keep still and small until the ‘threat’ has gone away.

Therefore, the way in which you view and approach a situation can influence everything from our emotional response, our behavioural response and our physical response.

You can contact us 24 hours a day for enquiries, support or item tracking. Logistics never sleep – and neither do we.